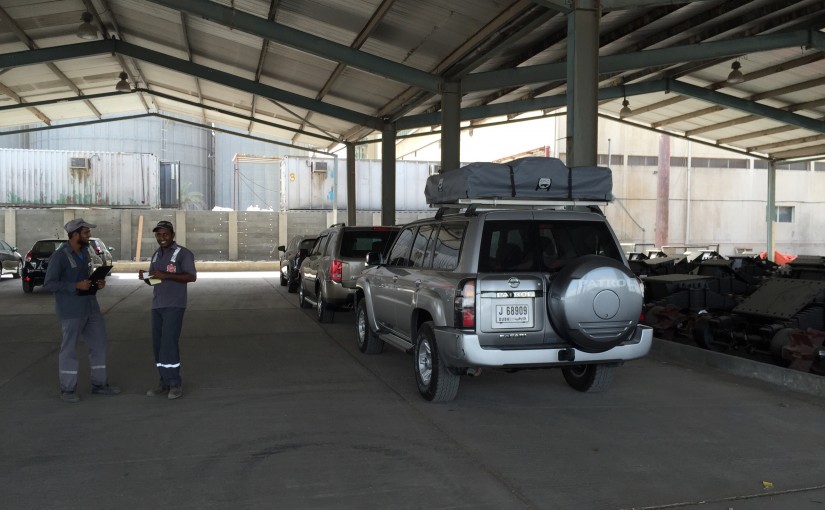 I am writing this while sitting on the Sharjah to Bandar Abbas ferry waiting to depart towards Iran (thank you WordPress for the mobile app!).

It has been a bit of a long day in terms of waiting as the formalities were very quick, but because of Ramadan you have to do the imigration processes quite early and we ended up being on the ferry since 5pm with the expected departure time being around 10pm.

The rest of the paperwork was easy to sort out – I dropped the car this morning in the port and did the custom clearence in about 15 minutes, which meant I had the rest of the day off while waiting for the afternoon. 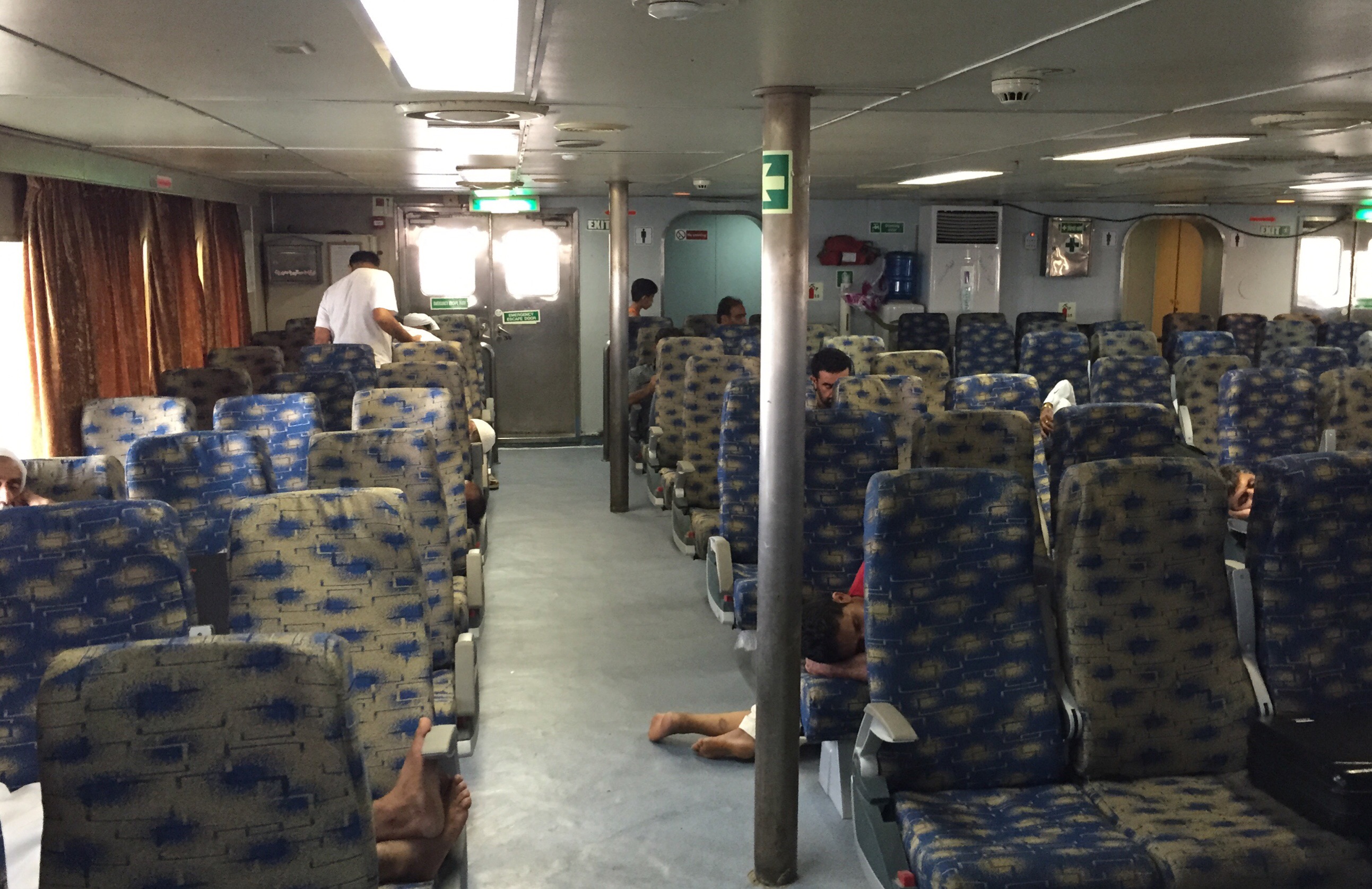 The ferry trip should take about 10 hours and then we’ll have a day in Bandar Abbas before the customs opens so we can clear the car. We’ll head to the hotel and chill out, getting mentally ready for what we hear is quite a long process of getting the car out of the port.