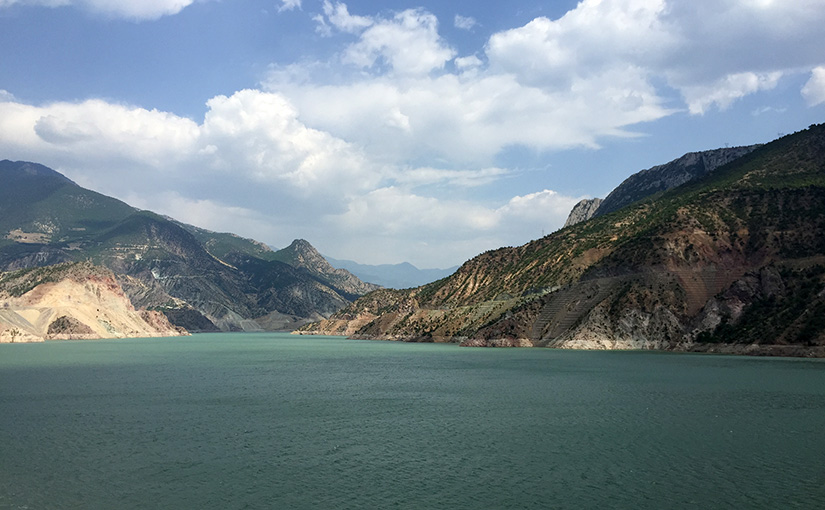 After enjoying our break in Batumi, the next step on our original route plan was supposed to be Kars and the Van in Turkey. However because of all the latest issues in the South-East of the country we spent quite a few hours in Batumi debating if we should risk going South or change our route to go along the Black Sea coast. We had read that between Kars and Van there were quite a few attacks on police and military police and also a few trucks had been thrown up in flames with Molotov cocktails. So as we crossed the border between Georgia and Turkey, we had made up our mind to go along the Black Sea coast.

This obviously didn’t sit well with any of us, and at the last moment just before the turnoff towards Kars we decided to risk it and at least go to Kars to see the great ruins of Ani, a formal Armenian capital at the edge of eastern Turkey. From there we would reassess and decide if we carry on South. We got to Kars fairly late that afternoon and although we didn’t have any issues on the road, we did see a lot of barricaded police stations and armed plainclothes policemen at many intersections.

We decided we would not be camping in the area as everybody told us night is when all of the attacks so far had happened so we checked in to what turned out to be the worse hotel of the trip so far despite Lonely Planet saying it was their top choice. Kars gets very hot and although it was mentioned the hotel had AC, there was no AC in sight. The breakfast was really basic and the staff was not very friendly. We met a British tourist in the hotel who was coming from the troubled areas and she mentioned that she felt ok traveling there although we had just heard that a bus was taken hostage for a couple of hours on the same road we would use to go to Van. We also read of an overnight 2 ton bomb detonated at a military police station, again right on the road we were going through.

We moved on fairly early in the morning heading East to visit the ruins of a once thriving Armenian capital called Ani. The area with ruins is huge and the place had at some point over 100000 people living there. It’s a difficult place to photograph, but standing there in the middle of it, it really leaves you in awe.

From there we had decided that we would return to the Black Sea coast and avoid the South. But at the last moment (pretty much right at the intersection to go South), we decided we will not be changing our plans. So we set the GPS for the city of Van.

One thought on “Decisions, decisions”