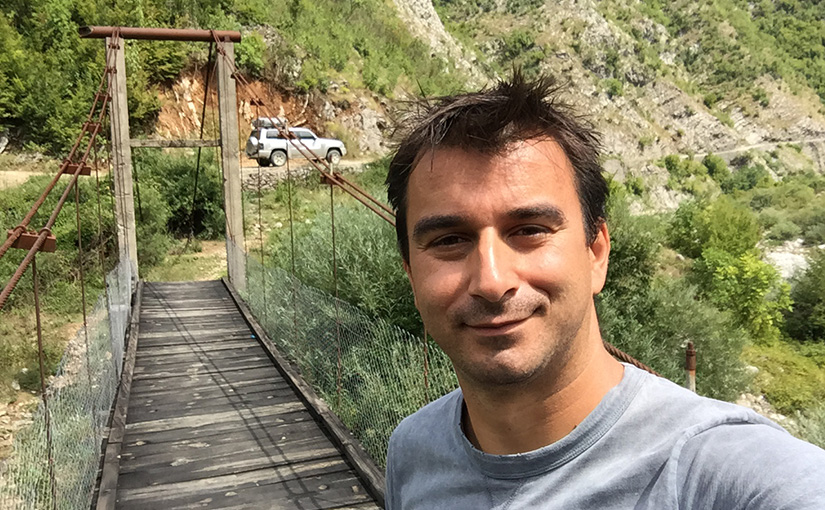 A quick update to say I have made it to Romania after 11,500km and 7 weeks spent on the road. This is only half way as I’m still driving back towards Dubai, but as you can imagine I was super happy to get here. I will carry on with catching up with the blog articles and hopefully in the next few days I will get the blog up-to-date.

After the beautiful Komani Lake (as I mentioned in the previous post), I headed towards Shkodra, a town close to the Albanian coast and spent the night there, trying to decide if I will take another couple of days to visit one more mountainous area of Albania or move towards Montenegro. I got myself into a really cute hotel in Shkodra which was actually an old traditional house beautifully restored and converted into a small hotel with a restaurant serving traditional Albanian food which was a nice break from all the mountains roads I had been doing.

In the morning I went to visit a photography museum in town which was really interesting as it had a great collection of photographs from the first photographer to have ever taken photos in Albania, an Italian man called Pietro Marubi. The photos were mostly from the end of the 19th century, depicting the local life and personalities as well as the slowly dying Ottoman Empire.

After the museum I had a chat with the hotel owner and a group of guys driving three 4x4s through Albania to find out what are the most interesting roads in the Theti area and if it’s worth going back up into the mountains. The owner convinced me that it was really worth spending another night in that region so around lunchtime I headed up towards the Theti village which was about 3 hours away.

The road climbed really fast and in about 45 minutes I was again high in the mountains enjoying spectacular landscapes. After about 2 hours the road got really narrow and it become quite a challenge to pass other cars coming from the opposite way. But in the end, I slowly made my way towards the village and parked the car in order to hike up to a waterfall I had heard off.

It was a quick hike and although the waterfall wasn’t that spectacular, I did enjoy the valley on the way. On my return to the car, I got a bit worried for the first time during this trip. A couple of guys were looking around the car and once I got there they started asking a lot of questions about how much does it cost, how much does my camera cost (I was carrying it in my hand) and so on. They could have been just curious, but somehow I had the feeling they had other intentions. I said my goodbyes and started driving towards the opposite side of the valley planning to not stop for about an hour in order to not camp too close. I might have been a bit paranoid about it, but I just had a bad feeling about those guys.

Once outside the village, after about 30 minutes, I came across the same guys who I had talked to in Shkodra who did the same road but in reverse. They told me if I kept driving for another 30 minutes or so I would get to a really good camping spot by the river. I did and it was exactly the way they described it.

It was already about 6pm so I parked the car right next to a little stream, opened up the tent and set my camp. While I was doing this, a kid about 10 years old appeared from the valley minding his sheep and he straight away came to me to check out my setup. He spoke a little bit of English so I asked him about where he stays, where his village is and so on and then gave him one of my pecan cereal bars which definitely put a smile on his face.

I cooked some pasta with some pesto sauce I had bought in Shkodra and then went to bed at about 11pm, not before taking some photographs with the car under a sky full of stars.

In the morning I left fairly early as the 4×4 guys had told me that the road is quite bad and it will take at least another 4 hours to get back to Shkodra.

Again, it was a beautiful road, but really bumpy and winding! I didn’t stop again in Shkodra, instead I drove straight to the Montenegro border and crossed in about 25 minutes.